The Milwaukee M12 LED Trueview Flashlight can provide up to 800 Lumens and can cast its light over 375 yards but how will it hold up to the demands of the industrial jobsite.  To recreate those demands we put the Milwaukee 2355-21 flashlight from the M12 tool line to the test by dropping it, smashing it, and driving it over.  Let’s see how it did. 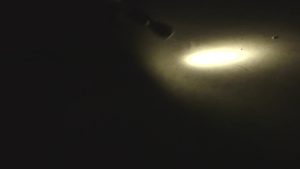 The M12 flashlight was thrown and dropped several times from 5-7 feet in the air and although the battery did pop out of it we were able to put the rechargeable battery back into it and turn it on.  The aluminum body of this flashlight held up to our tests. 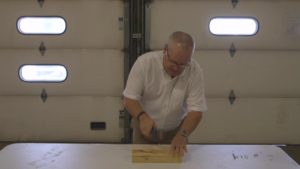 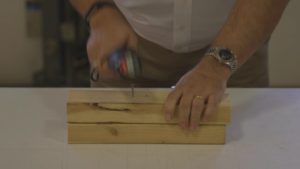 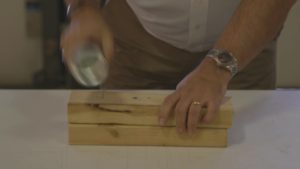 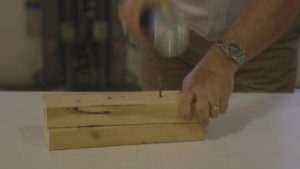 We would.  We know that nobody uses their tools for anything but what they were intended for so we decided to use the flashlight as a hammer.  The first test was a typical finish nail and the battery end of the flashlight was used.  The nail did not stand a chance.  We then went to a little longer and larger diameter nail, a 1-3/4In roofing nail.  The flashlight did not skip a beat and drove it in with no problem.  Feeling a little discouraged we grabbed a 2-3/8In sheeting nail and turned the flashlight around so we would be hitting it on the light end of the flashlight.  This did not slow it down either.  The final test was a 3-1/2In 16d framing nail.  The flashlight struggled getting this to the wood but over time it was able to drive the nail into the 2×4’s.  The battery was knocked out of the unit but again all we had to do was to reinstall the battery and it worked just like new.  This round went to the flashlight.

Can You Run The Flashlight Over With A Vehicle? YES! 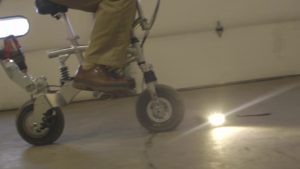 Just to make sure we would not wreck the flashlight on the first try we decided to use the Milwaukee M18 drill powered bike.  The flashlight was pushed out of the way several times and the one time that we were able to drive over it nothing happened to the flashlight. 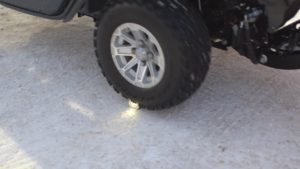 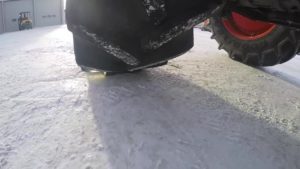 The Kubota M135 is actually the heaviest vehicle used in our testing at 10,814 lb but we decided to run this tractor next because the tires on it will distribute its weight better than our next vehicle.  The M12 flashlight was able to handle being driven over by the M135 loader with no problem.  Let’s see what we have planned for it next. 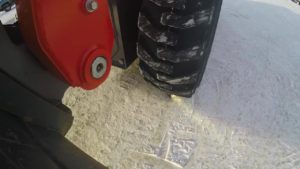 Incorrectly stated to weigh 15,000lb in the video, the Kubota SSV75 Skid-steer has a weight of 8,400 lb.  However, it has highest ground pressure of any vehicles being used because of the type of tires on it and its short wheel base.  The SSV75 Skid-steer did the most damage to this flashlight of any of our tests.  The flashlight was bent but it did not break.

The Milwaukee M12 LED flashlight stood up to all of our tests and came back for more.  The main damage was caused by the skid-steer but it kept working.  The nails gave it some cosmetic damage and caused the battery to keep falling out but when the battery was put back in it kept working.  We have to say that the flashlight drove over the competition in these tests. 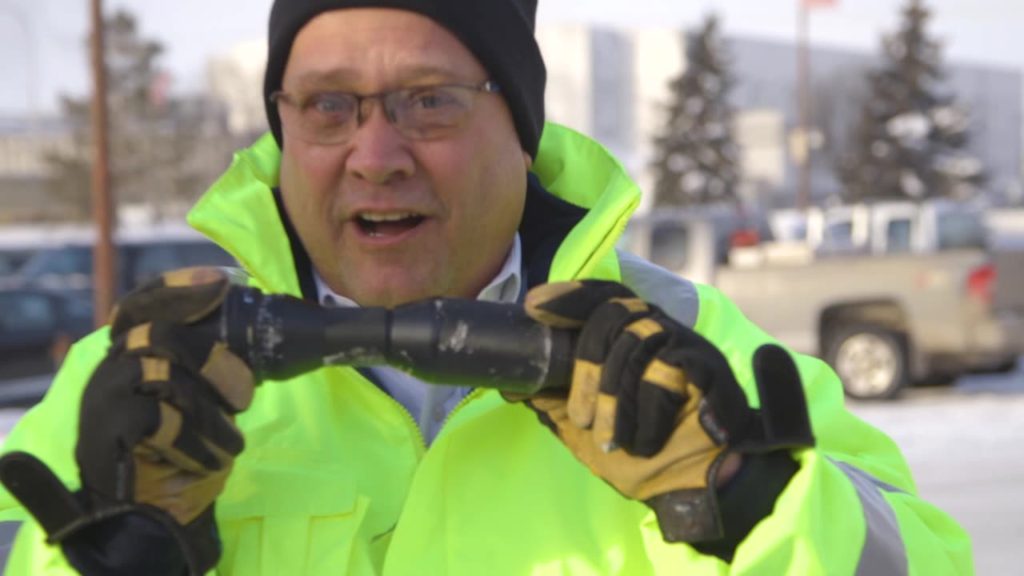 Get Your Yard Ready for Spring With Honda Equipment