The Best Way To Use An Anvil

Metalworking is an impressive skill set. Blacksmiths work at perfecting their craft for years before they feel masterful. Some of the most successful blacksmiths in the United States have workshops where they own and operate their own custom metal fabrication business. They often use an anvil for metal forging to create some pretty amazing things.

The Anatomy Of An Anvil

Anvils come in a variety of shapes and sizes. The shape is much more than the way the anvil looks; it also allows you to bend, shape, and cut the metal. This Rigid 165 lb forged anvil is going to be our guide for this demonstration. 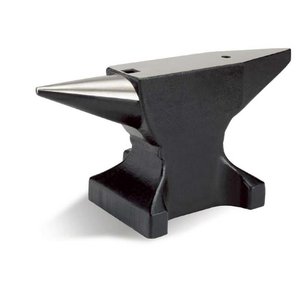 The type of anvil you use will greatly depend on what you need it for. Here is a list of a variety of anvils and a brief description of each:

How to Build a DIY Mid-Century Modern Bedside/Night Stand