What Is The Maker Movement 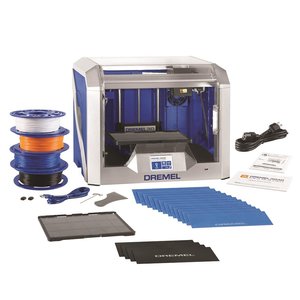 A not-so-quiet revolution is underway that is reshaping how products are being made and sold. An exploding number of independent inventors, designers, crafters, and tinkerers have ventured into the business world and created the “Maker Movement.”

This trend is so prevalent that in 2015, President Barack Obama declared a National Week of Making. He called upon all Americans to observe the week with programs, ceremonies, and activities that encourage a new generation of makers and manufacturers to share their talents and hone their skills.

Makers Make Up A Powerful Community

Yes, some of this activity has been around a long time in the form of wood shops, craft centers, model shops, and computer labs. But today, Makers want to connect with other Makers. Online communities are popping up by the hundreds, as are physical community workspaces, called Makerspaces– areas for creative minds to collaborate, design, and produce. Popular Science magazine reported that there are now over 1,400 Maker Spaces in such venues as schools, libraries and community centers.

The Maker Movement has ignited the popularity of Maker Faires, where people of all ages and backgrounds come together to show what they are making and share what they are learning. In 2016, 190 Faires took place in 35 countries around the world. The 11th annual Maker Faire Bay Area welcomed some 1,300 Makers and 150,000 attendees. World Maker Faire New York, the East Coast flagship event, has grown in seven years to 950 Makers and 95,000 attendees.

Tools and technology lead the way

The Maker Movement is spurred by the introduction of new products and technologies such as 3D printing, lasers, and CNC machines. For example, Dremel offers an affordable 3D printer and versatile 3-Tool Maker Kit. Traditional tools, such as lathes and welders, are also being snatched up by Makers in increasing numbers.

This movement has caught the attention of many major players in the tech and corporate worlds. At the San Mateo Maker Faire were companies like Intel, Nvidia, AMD, AutoDesk, Oracle/Java, Ford, NASA, Atmel, Qualcomm, TI, and 3D Robotics.

The Maker Movement has the potential to bring techies and non-techies alike easily into the world of marketing. Etsy has become an eBay-like vehicle for Makers to sell their products to users around the world. Of course, eBay and Craigslist are also sources for them to sell their created wares. Kickstarter and Startup Weekend are great for exposure and securing funding and Social Media outlets like Instagram and Facebook have been extremely popular in spreading their talents across the internet.

Get Your Yard Ready for Spring With Honda Equipment