What is Clean Power?

As if the subject of electricity wasn’t challenging enough, there is an aspect of power generation that sometimes causes even those experienced with generators to scratch their heads: the notion of “clean” power.

In its purest form, alternating current (AC) flows in sine waves at a specific frequency, measured in cycles per second, or hertz (Hz). In the U.S., 60 Hz is the frequency for AC power. When a generator produces AC electricity, it does not create a pure sine wave. There are always distortions of some kind, which are described in terms of total harmonic distortion (THD). The lower the THD percentage, the closer the electrical output is to a pure sine wave. A THD of zero would equate to a pure sine wave. Utility power typically has a THD of 5 percent or less.

So why should we be concerned with THD (Total Harmonic Distortion)? 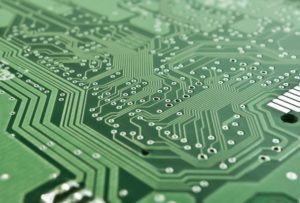 After all, if the voltage, amperage, and frequency are all correct, the tool should work, right? The answer is yes. But THD ultimately affects how well some tools work, the electronics they contain and their overall life expectancy.

These distortions can also lead to excess heat being created in tools or appliances. That additional heat can lead to premature wear and ultimately a shorter life expectancy. This is particularly true for tools and appliances that contain electronics. Higher temperatures can negatively impact the performance of electronics, and if they get high enough, they can actually damage circuit boards, which could lead to equipment failure.

Thus, it’s important that when selecting a generator for professional use, you choose one that produces the aforementioned “clean” power — a THD of less than 5 percent. The Generac Pro XC Series portable generator, for example, meets these requirements.

“We designed the XC Series portable generator not only to endure everything the modern job site can throw at it, but also to ensure it didn’t do any damage itself,” Magedanz said. “Not only is professional equipment a serious investment, but failures lead to downtime. The low THD on the XC Series — less than 5 percent — is intended for use with today’s modern power tools. Clean power means those tools run the way they were intended to. And that keeps the job site up and running.”

Clean Power and the Modern Jobsite. 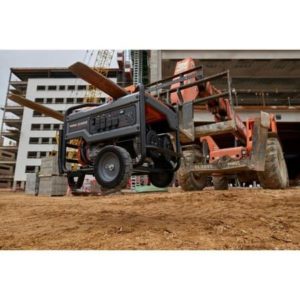 Clean power is even more important in the modern working environment because tools aren’t the only things being powered. Today’s construction worker is often using a laptop or tablet to access plans and email clients. Smartphones are used in a similar way as well as staying in touch with one another on the job site and at other locations. All of these electronics need to be charged, and if your only source of power is the portable generator, it better be producing clean power.

“Electronics are particularly sensitive to THD,” Magedanz said. “And they’re becoming every bit as important on the job site as traditional power tools. Having clean power available for recharging them ensures they will consistently be there when you need them.”

The Best Tools for After School