When DeWalt made the announcement about their new green beam cordless laser we were very interested.  When we saw that they named it a “Tough” laser we had to look for ourselves.  To be labeled as a tough laser it must be able to take what a normal construction crew would do to their laser and more.  That’s where we came in. 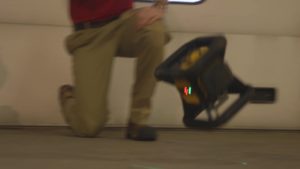 Yes, yes it is! During the life of a typical construction laser a fall from the tripod is bound to happen.  DeWalt has rated the 20V MAX* Green Beam Rotary Tough Laser to withstand a drop from 2 Meters (approx 6 Ft.).  We took that to the test and instead of just dropping it from 6 Ft we decided to also see how well it did after the fall.  After dropping it and rolling it over the floor several times the unit performed perfectly.  This test goes to the laser.

Is Everyone As Careful With A Laser As They Say They Are?

When asked, most employees will tell you that they treat the company’s laser like it was their own.  We would like to believe them but just in case we decided to see how DeWalt protected their laser from careless operators.  The TSTAK case is custom molded for the DeWalt DW079LG green laser and its accessories so we can see that protection in the case was on the mind of DeWalt when they created it. 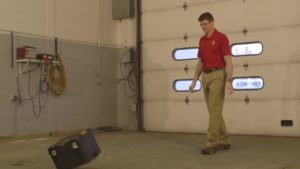 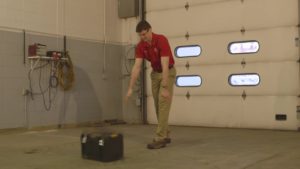 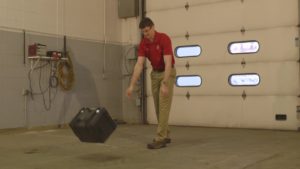 The laser was placed into the case and was tossed into the air to simulate a normal fall, when it survived that test the case, with the laser in it, was thrown down to the concrete floor.  This will simulate a hard fall, let’s say out of a moving vehicle.  No damage to the laser,  and the case performed perfectly. This test goes to the laser, or did it?

The DeWalt laser is IP67 Rated so we know that they have proved it to be Water and Dust resistant.  The fact that this is a cordless laser opens it a possible failure when the laser becomes too wet.  When working in a rainstorm it is best to remove the laser from the elements.  When that is done will all of you remember to take the case out of the rain as well?  We tested the protection the case gives during  a heavy rainstorm. 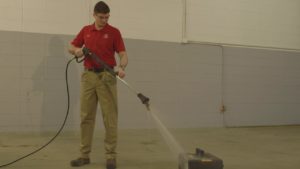 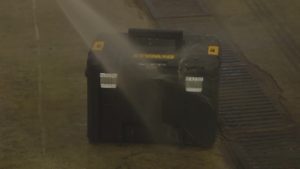 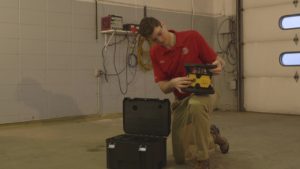 The DeWalt 20V MAX* Green Rotary Laser has earned the label of TOUGH.  We simulated the 6Ft tripod drop and added throwing it across the floor. We dropped and threw down the TSTAK case with the laser inside and even hit it with the water stream from a pressure washer.  There was a slight crack to the case but it did its job and protected the laser.  All in all we are very impressed with this unit and with its impressive 1/16″ at 100′ accuracy, 2000′ working distance ratings, and features like dual axis slope we are expecting it to perform at or near the top of its class for lasers in this category. 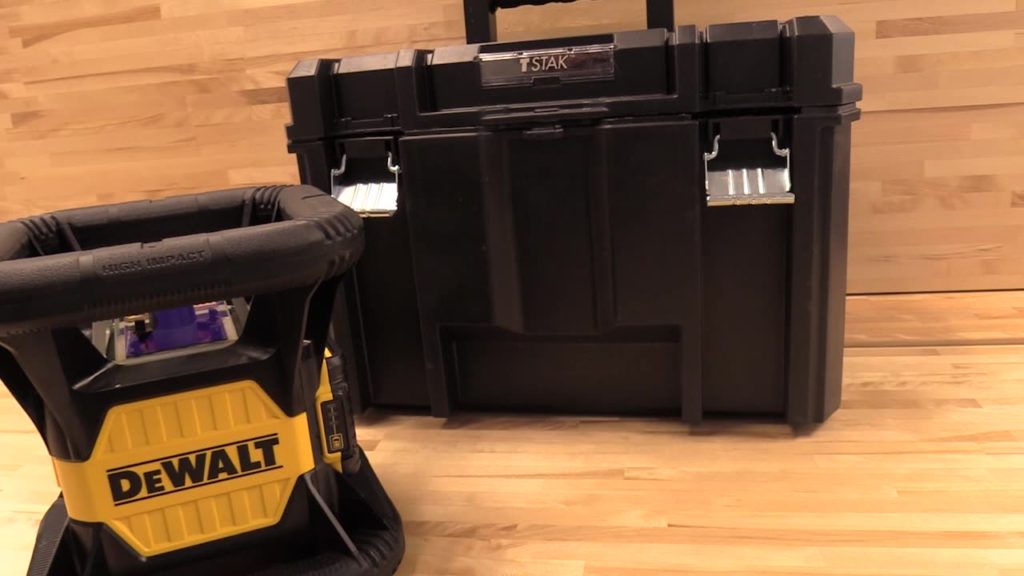